Teachers, save “Space Podcasts” to assign it to your class.

MEDIA In Second Season, 'Wow In The World' Looks At The Future Of Spacesuits March 8, 2018 04:22 PM ET Heard on All Things Considered MINDY THOMAS Mindy Thomas, co-host of NPR's Wow In The World podcast talks with NPR's Ari Shapiro about a recent episode that explored spacesuits and how they've changed with time. ARI SHAPIRO, HOST: The science of recess, diamonds and your dog's nose were all tackled in the first season of NPR's podcast Wow in the World. It's a podcast aimed at kids and imaginative adults. The second season is off and running, and so we asked co-host Mindy Thomas to join us here in the studio. Hi there. MINDY THOMAS, BYLINE: Hi, Ari. SHAPIRO: So for people who've not heard the show, explain what Wow in the World is all about. THOMAS: So Wow in the World is a show about science and curiosity and new discovery. When my partner and co-host Guy Raz and I started the show, one of the things that we realized was that kids and their grown-ups were listening together and that it gave kids and parents a chance to connect on some news of the world that wasn't the wacked (ph) news that we're hearing all over the place... SHAPIRO: Not all depressing, war, politics. THOMAS: Not all - yeah. SHAPIRO: One of the things you look at in this season is the science of spacesuits - what astronauts actually wear in space and how it has changed over time. Tell me about what you learned. THOMAS: OK, so we all know of spacesuits as being those big, white, fluffy suits that astronauts wear, the Extravehicular Mobility Units. SHAPIRO: Is that the technical name? THOMAS: That is, yeah. SHAPIRO: OK. THOMAS: But now that we're looking at exploring further on Mars and on the Moon, researchers and scientists are looking for suits that will help astronauts to spend more time in space. SHAPIRO: So are these still going to look like the kind of puffy moon suits that we think of when we think of a spacesuit, or is it going to look like Lycra or a unitard or like yoga clothes? THOMAS: Well, some of them will. So they're looking at some shrink-wrapping suits that will kind of shrink-wrap to your body and allow you - astronauts a lot of flexibility. But they're also looking at suits that have something called Liquid Armour technology. SHAPIRO: Wow. THOMAS: And it's this gloop (ph) that sucks into your fabric of your suit, allowing you to have a lot of flexibility. But also when, let's say, a micrometeorite comes at you at 10,000 miles per hour, it hardens on impact, and it becomes unpuncturable. And then... SHAPIRO: I'm sorry. A micrometeorite... THOMAS: Yeah. SHAPIRO: ...is not a phrase I've heard before. THOMAS: It's just a fancy... SHAPIRO: Space dust. THOMAS: ...Word for space dust, yeah. SHAPIRO: But 10,000 miles an hour sounds pretty scary. THOMAS: It could pop a hole right through your suit, letting out all the air that the astronaut needs to breathe. SHAPIRO: So if people do end up spending time on Mars, hanging out there, they might look nothing like what we think of space travelers, astronauts as looking like. THOMAS: One of the things that - it was just released last week is a suit that they're working on for the next Orion mission - where it's a suit with a built in toilet essentially. There will... SHAPIRO: Built into the suit. THOMAS: There will be a toilet on the spacecraft, but... SHAPIRO: It's like a diaper in the suit. THOMAS: Basically. SHAPIRO: Well, Mindy Thomas, what else can we look forward to in Season 2 of Wow in the World? THOMAS: Oh, gosh, we've got so many fun things. We're going to be helping to understand ourselves better by learning about the social and maybe anti-social behaviors of animals. We are going to discover a very hungry black hole in the center of our galaxy. SHAPIRO: Back to space. THOMAS: And if you're lucky, we may just potty train a blue crab so that we can detect whether or not we smell fear in its pee. SHAPIRO: Fascinating. THOMAS: Anything for science, Ari. SHAPIRO: Mindy Thomas, thank you so much. THOMAS: Thank you. SHAPIRO: She's co-host of the NPR podcast Wow in the World, now in its second season.
Try It Save Activity 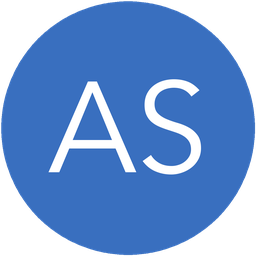 1. Read an interview about the podcast (in the attached note). 2. Then choose one of the episode topics below that interests you. To listen to the podcast you must copy and paste the title into itunes search to download the episode of your choice. 3. When you finish please reflect and tell us one thing you knew already, one thing you learned and one question the podcast inspired. Choose one of the episodes about space: The Total Solar Eclipse (When the Moon Photobombs the Sun) Two-Headed Space Worms Hey Mars! Put A Ring On It! Spaced Out Pen Pal - Part 1 Spaced Out Pen Pal - Part 2

Mystery Doug - "Are Butterflies the Only Animals That Start Out As Caterpillars?"