Teachers, save “Meet African American Artist David Drisk…” to assign it to your class.

David Driskell was an artist and art historian that focused on African American Art. He authored and co-authored a number of books on the topic. His work is alive with color and line, and it is filled with heart-felt meaning and symbolism. David passed away in April of complications with Covid 19 at the age of 88. His contribution to the world of art will not be forgotten. ​❤️ Watch the following videos, and look at the slides in the lesson, to learn about his work. Once you have learned about his style and history, create a piece of art inspired by his work. Click

Teacher Notes (not visible to students)

Taken from “Shaping the Story of Black Art” By Pamela Newkirk  (May 2000) Driskell was born in Eatonton, Georgia, into a family of sharecroppers. When he was five, the family moved to the Appalachian mountains in North Carolina, where he lived until leaving for Howard in 1951. Making art has been a family tradition. Driskell’s grandfather was a sculptor in the African style, fashioning ornaments from bark, and his father, a Baptist minister, made drawings and paintings of religious themes. His mother created woven baskets and quilts. In 1952 David Driskell was a sophomore at Howard University, studying painting and history, when one of his teachers, James A. Porter, encouraged him to switch his focus to art history. “He said, ‘You can’t afford to just be an artist,’” Driskell recalls. Porter, a scholar of African American art explained, “You have to show people what we’ve contributed.” Driskell continued to paint, making images drawn from nature and African American life. But he heeded Porter’s advice—a decision that would shape his career as a scholar, curator, teacher, and collector of African American art. Porter introduced him to the rich legacy of black American artists, including the work of Aaron Douglas, Henry Ossawa Tanner, and William H. Johnson, whose reputations had not yet been firmly established. Meanwhile, in his spare time, Driskell apprenticed at the Howard University Gallery of Art, which had been founded by another of his professors, James V. Herring. Herring instilled in him a passion for collecting, cataloguing, and curating art. Today, the 69-year-old Driskell is widely regarded as the world’s foremost authority on black art in America. 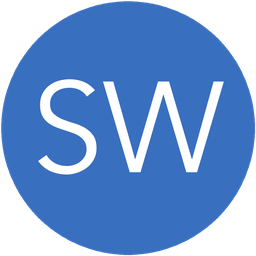